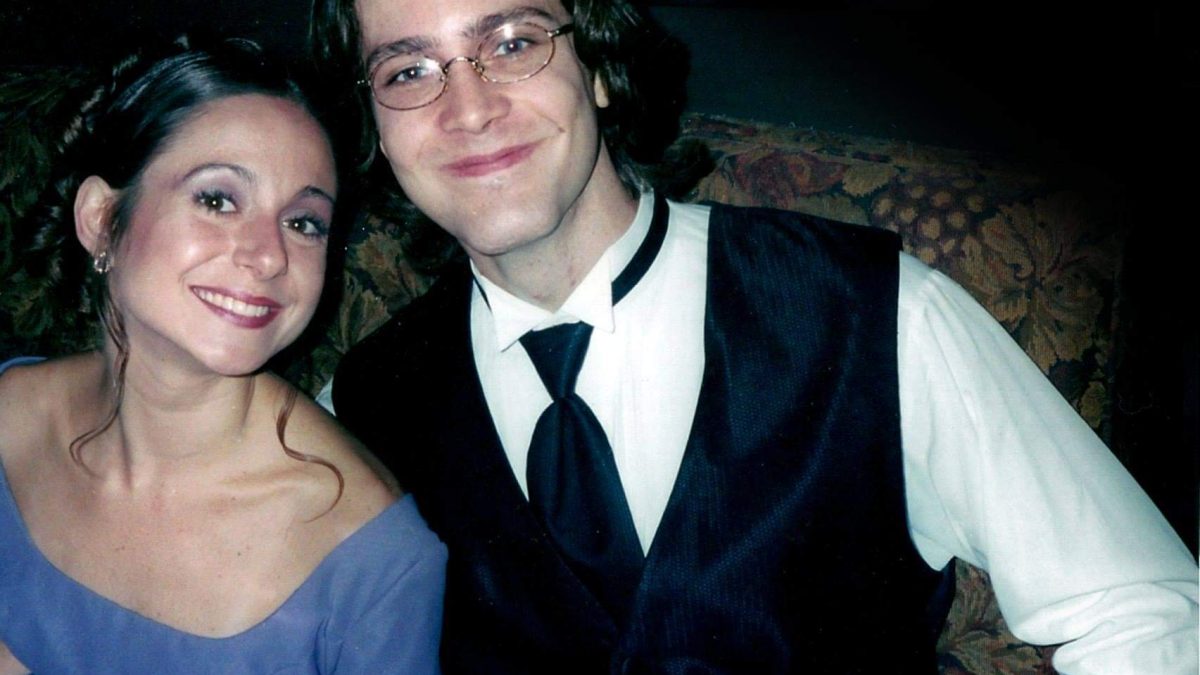 We’ve been called a hidden gem of a ballet studio and our story a true ballet fairy-tale. Both of those descriptions make us smile, but in the same breath many also inquire, “Why Noblesville, Indiana?”
And we say, “Why not Noblesville?!” But to fully understand, exactly why Noblesville, come sit a spell and hear an enchanted fireside story.

Once upon a time there were two young talented ballet dancers, each on their own journey.

Picture it, Noblesville 1980, Robert Moore, a York, Pennsylvania native, age 3, moves to a new town with his family for his dad’s job with AT&T. A new adventure and a little boy just trying to find fun activities that speak to him.

After an initial interest in gymnastics and dabbling in ballet, White River Ballet Company’s Shannon Jenkins noticed Robert’s raw talent and scooped him up at age 10 to study under her direction. He soon fell in love with ballet and additionally found his passion for musical theater and while acting in The Belfry Theatre’s “Bye Bye Birdie.”

When Jenkins could teach him no more, she pushed Moore to get advanced training. With Jenkins’ encouragement, he left the familiarity of Noblesville at age 14 to audition and study ballet in a pre-professional program at Florida’s HARID Ballet Conservatory.

Meanwhile, Brazilian born Pollyana Ribeiro, grew up at her aunt’s famous ballet studio in Rio de Janeiro and took her career seriously from a very young age. It is said, she was the tiny, young Brazilian student, who first put HARID Ballet Conservatory on the map.

She was admitted in the fall of 1989 at HARID and began studying under Marjorie Tallchief and Tina Santos-Wahl. A gifted dancer, she progressed quickly. In 1991, HARID sponsored her participation in the Helsinki International Ballet Competition, a prestigious event held in Finland. When Pollyana was awarded the gold medal in the junior women’s category, everyone suddenly wanted to know about HARID.

Pollyana went on to win two more gold medals in ballet and accepted a position dancing with the Boston Ballet at age 16.

Robert reminisces knowing of Pollyanna back then, but having arrived three years after she had departed HARID, it was more awe of a true ballet legend that had preceded him rather than a crush.

After graduating from HARID, Robert auditioned and accepted a position dancing professionally for Boston Ballet. He often noticed the graceful Pollyana and even carried her luggage once during a summer load in, but due to their height differences, they did not dance together, nor did they run in the same circles within the company.

The two finally met when Pollyana’s sister came to visit and pointed out Robert in the ballet company. Their eyes finally met, sparks ignited, and shortly after they began dating Boston Ballet promoted Pollyana to principal dancer.

Historically, Pollyana had gone home to Brazil each summer to visit, but during those early dating days she was having a hard time leaving Rob and making the trip home. One summer, she missed her scheduled flight 5 times. When she finally made it home to Brazil, she spent so much time on the phone with Robert, that her Dad said, “For the phone bill money I’m spending, I might as well buy this young man a ticket to come visit, so I can meet him!”

After that, Pollyana and Robert always made the annual trip home to Brazil together. They were rarely separate.

Fast forward to Christmas Eve 2000, Robert had been guesting in The Nutcracker in Bethlehem, Pennsylvania, and Pollyana was back in their apartment in Boston. There was a severe snowstorm and she was pacing waiting for Robert to make it home safely. She couldn’t imagine spending Christmas without him.

When Robert finally arrived home, he had a huge surprise for her – a scavenger hunt that ended with an engagement ring hidden in the Christmas tree and a proposal on bended knee. Pollyana blissfully said yes, and they were married in 2002 in Brazil.

Over the course of her 24-year career, Pollyana danced in more than 40 countries, and later, after her retirement from dance, became a beloved faculty member at the School of Pittsburgh Ballet Theatre and the San Francisco Ballet School.

After nine successful years with Boston Ballet, Robert continued to make a name for himself in the world of ballet as a soloist with the Pittsburgh Ballet Theatre, where he was the first American to dance the lead role in John Neumeier’s ballet “Street Car Named Desire.” In 2014, he accepted a principal position with Smuin Ballet Company in San Francisco, California, where he furthered his contemporary element in ballet.

Now Back to Why Noblesville, Indiana

It’s no secret that professional ballet careers take a toll on a dancer’s body. At ages 38 and 30, Robert and Pollyana retired. Their love for ballet and an even deeper love for each other’s happiness was as strong as ever. As they explored options for their future, they both recognized what a big part teaching had become of Pollyana’s life and knew whatever the future held, that had to be part of it.

As they pondered big decisions and facility position offers from well-respected peers in the industry, they knew they had always had an of art of blooming everywhere they’d been planted – Boca Raton, Boston, Pittsburgh, San Francisco, so why not take their future into their own hands?

In November of 2015, Robert was home for the holidays and in the car with his brother Chris Moore discussing entrepreneurial possibilities. Chris, his wife Anne, and Robert and Pollyana have always had a very strong relationship. Robert and Pollyana were well-respected and ballet royalty, and Chris and Anne had a gift for business, having grown and sold a highly successful business just years before. It was a match made in heaven! The foursome came to a decision – why don’t we just do this for ourselves?! And thus a new chapter in the fairytale began with a classical ballet school in Robert’s beloved hometown of Noblesville, Indiana.

En Pointe Indiana Ballet started in July of 2016 when Chris and Anne purchased a building large enough to grow into a premier ballet school. It is located on Stony Creek Way in Noblesville and it is perfect to make the dream a reality. Together the four of them filled empty studios with dancers from all across Hamilton County and central Indiana. They started from ground zero and as word spread quickly about the caliber of dance instruction at En Pointe Indiana Ballet and Pollyana & Robert’s expertise they grew to over 150 dancers in three full seasons. Proudly, En Pointe has graduated dancer, Josiah Kauffman, from the pre-professional program to the Pittsburgh Ballet Theatre. This ballet school is one to watch, as they have several pre-professional students training full-time with aspirations to become professional dancers. Indiana is lucky to have a ballet school that continues to build a reputation of strong technique and amazing performances for the community.

Since 2017, En Pointe performances have left audiences in awe of the talent not only the directors bring to the productions but also the dancers. In May of 2018, En Pointe brought a brilliant performance of Don Quixote to life; not a production that a ballet school normally tackles. The talent level was a key element in its successful execution as well as handmade costuming and sets that held expert level standards. You can see this production on their YouTube channel. Also on YouTube, En Pointe created an original piece called Curiosity that is a crowd favorite. The school also has an annual holiday performance, “An EnPointe Christmas” that captures the essence of the holidays and is a wonderful addition to the performance arts of beautiful Noblesville, Indiana.

Why does it all work so seamlessly, why does En Pointe continue to grow and why are so many central Indiana families proud to call our studio home?

Chris says it best – “It’s the very essence of who Polly and Rob are together – you couldn’t have En Pointe Indiana Ballet without them. Yes, as a foursome, we are a phenomenal team, but at the core, it’s the strength of their relationship, the caliber of their talent and their passion for teaching. We just help shine a light on that.”

It helps that each of the owners – Robert, Pollyana, Chris and Anne – are passionate about what they do at En Pointe. Each uses their core strengths to bring the business to life, collaboratively. Anne provides a welcoming, personal and unique experience for all the En Pointe families and coordinates operations as well as all the moving parts of each production. Chris is an amazing communicator and a born businessman. You’ll find him in all the fine details of the business and happily giving tours to new families. Pollyana is a natural teacher and relates so well with all of our students. Her life experiences and training are invaluable to En Pointe. And Robert is En Pointe’s great encourager and big picture guy. He is a “let’s find a way to make it happen” leader, that puts great detail into everything that sets En Pointe apart as a classical ballet school.

As En Pointe Indiana Ballet embarks on its five year anniversary in beautiful Noblesville, Indiana, Robert, Pollyana, Chris and Anne can’t wait to see what the next chapter of the fairytale holds. Stay tuned.

Learn more about our artistic directors

Schedule a Tour and a Free Trial Class 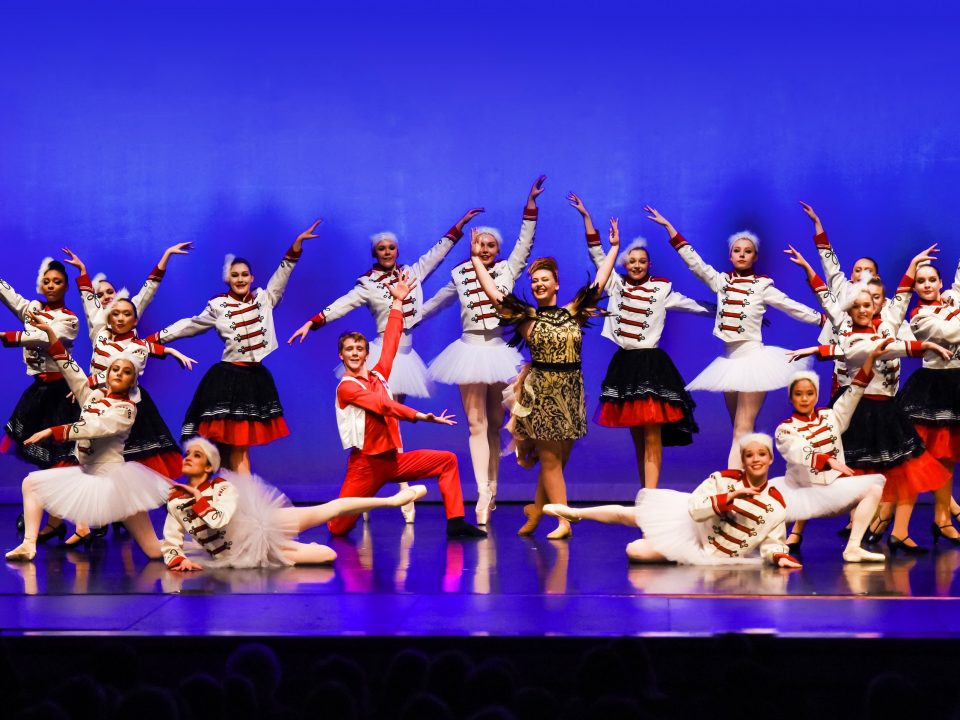 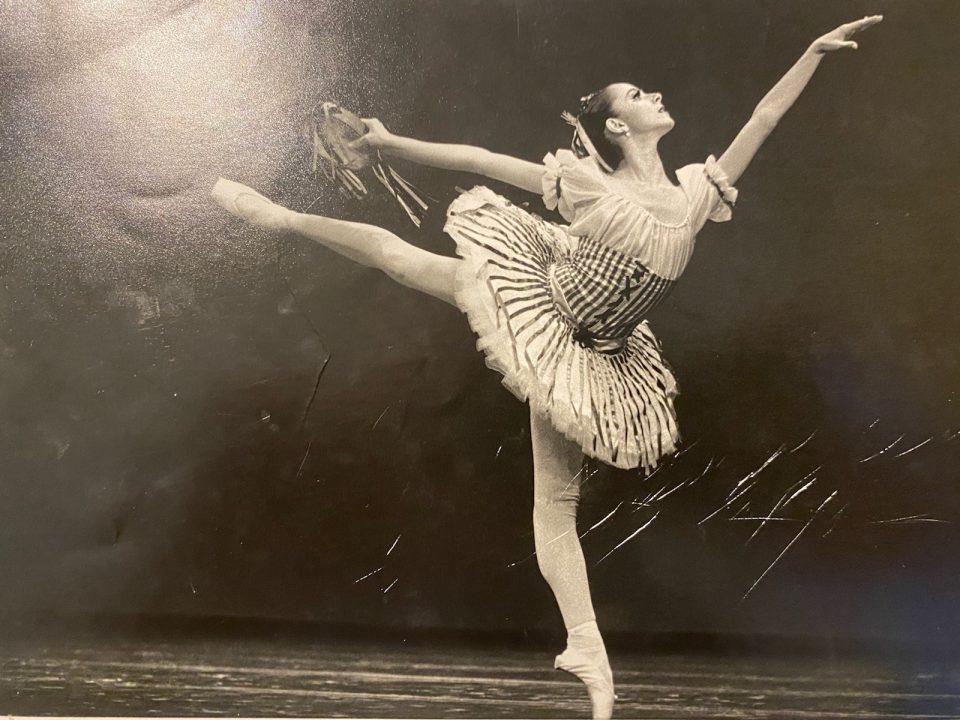 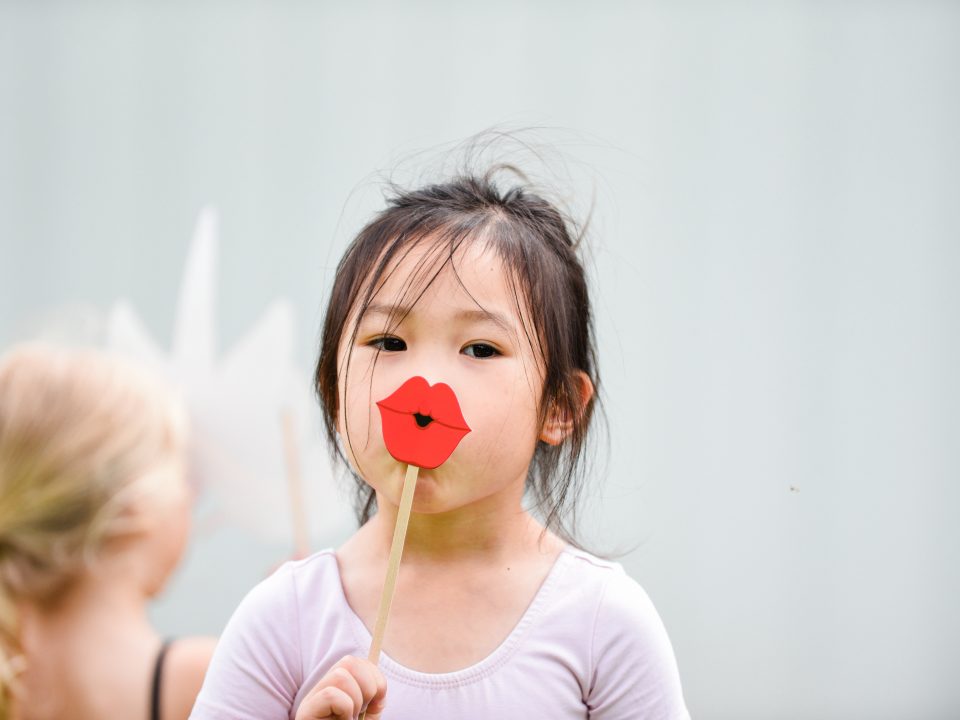